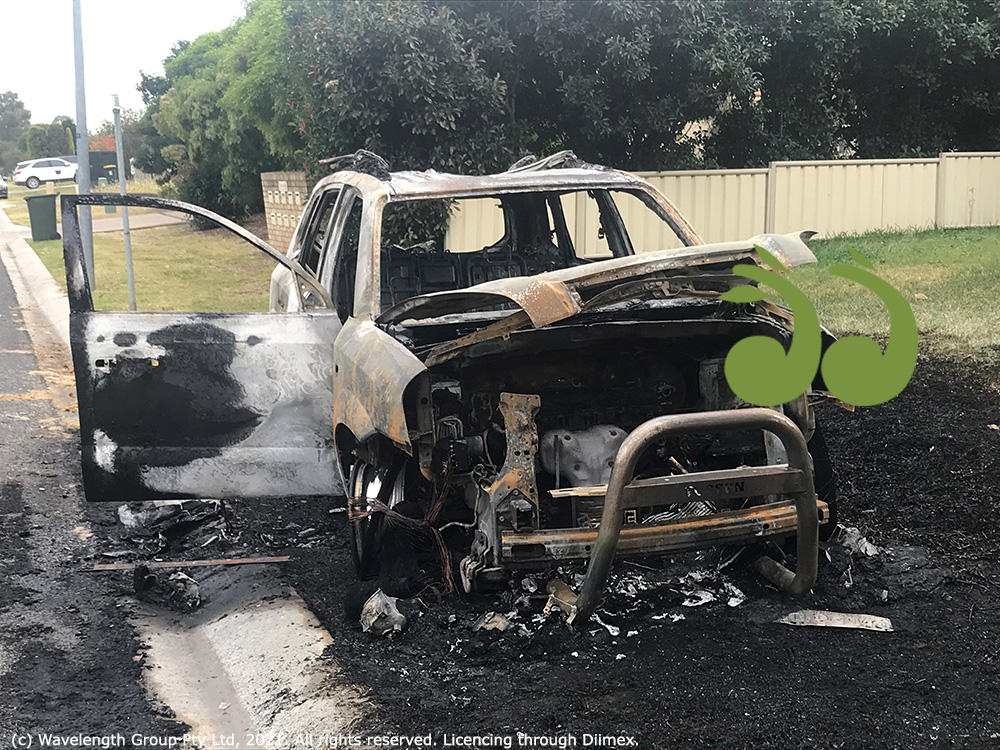 In Wingen, a resident of Livingstone Street, found a man in his yard who he confronted; the man ran off, with the resident taking chase, but the resident stopped when the man met up with three others and began threatening the resident, before running from the scene.

Police then received reports of four males in a white hatchback acting suspiciously in the Wingen area and at 8:40pm the four men attempted to break into a granny flat in Hill Street, Wingen.

The 54 year old resident, challenged the men and chased three of them, while one entered his flat and stole car keys.

At approximately 9pm, a white Hyundai Tuscon, which was stolen from Port Macquarie on Sunday,  was found alight in Eveleigh Court, Scone.

Ten minutes later a couple found a man inside their home in Nyarra Street, Scone and later discovered jewellery and their Ford sedan was missing.

Police patrolling the New England Highway saw the Ford sedan XR6 travelling south towards Muswellbrook and initiated a pursuit, which was terminated due to safety concerns.

At approximately 10pm, the XR6 was found in Alpha Street, Camberwell, with evidence of attempts to set the vehicle alight.

Soon after a resident of Alpha Street, Camberwell reported his Nissan X-Trail with registration BI 01 ST had been stolen. The vehicle is still missing and police urge anyone who sees the vehicle to contact police immediately and not to touch the vehicle.

At 11pm, the Holden Caprice was found in Bourke Street, Singleton. The Caprice and the XR6 have been seized for forensic investigation.

Police are also investigating a possible link to an armed robbery at the Rutherford Hotel which occurred shortly before midnight.

Police are calling for public assistance. If you can help please phone: 1800 333 000 or visit: CrimeStoppers, where information will be treated with the strictest of confidence.