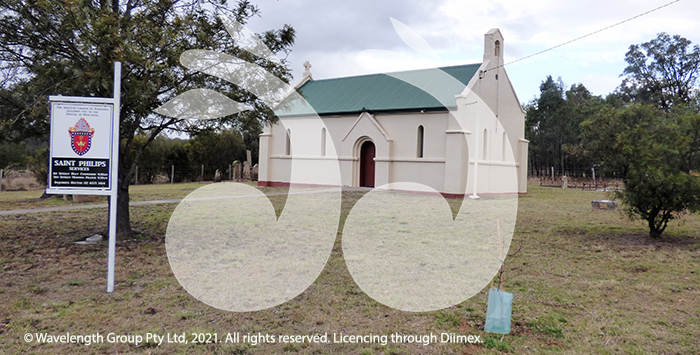 EARLIER this year the “Singleton Times” looked at the life of Walter Rotton, one of the district’s most influential citizens in the middle of the nineteenth century.

His wife Jane led just as interesting a life that is worthy of exploring.

Much of the information of Walter came from the booklet Two And A Half Convicts  by John McGee.

McGee also spends quite some time discussing Jane. She is given several pages in Newcastle Family History Societies recently released book They Sent Me North, which looks at the lives of convict women who ended up in the Hunter.

While no baptismal records appear to have been found it would seem that Jane was born about 1795, possibly in Stoke Deveral, now a suburb of Plymouth in the English county of Devon.

It was in this parish that she was arrested in the home of one Thomas Davidson (probably her employer) for stealing £42 in banknotes. It is interesting to note that a few years earlier an Elizabeth Meredith had married William Davidson.

At the Exeter Lent Assizes Jane Meredith, Spinster of Stoke Deveral was sentenced to death however, this was reduced to Transportation to New South Wales.

Women were in short supply down under and as the writer of the article in They Sent Me North suggests, “to put it bluntly, the convict women were considered to be the breeding stock for the colony”.

Jane and at least three other women sentenced at Exeter on 20 March 1815 set sail for Sydney Town in July that year on the Mary Ann (Capt Arbuthnot).

When they arrived in the colony on January 19, 1816 Jane was six months pregnant, her son probably by sailor John Brown died at the age of six months.

The death of her son changed Jane’s classification, and she was assigned to Dr Thomas Parmenter F.R.C.S.L.L.D., Assistant Surgeon at the Castle Hill Lunatic Asylum.

The good doctor was himself a convict having been transported for bigamy. It is understood that he still had three wives alive in England.

Jane soon became Parmenter’s ‘common law wife’ and gave him five children. The second son Thomas was a very talented cabinet maker and his work can still be seen in the interior furnishings of St Phillip’s Church, Warkworth.

He was also one of the stars in the first cricket match played in Singleton, taking seven wickets for the defeated ‘married men’, against the ‘single men’.

The elder son Francis was killed in a skirmish with Aboriginals on the McIntyre River in north western New South Wales.

In about 1826, after Thomas Parmenter was unable to practice due to a fall from a horse, the family moved to his grant at Cockfighter’s Creek (what we now call Wollombi Brook).

In a 2009 episode of SBS’s  Who Do You Think You Are, featuring celebrity cook Maggie Beer a letter was read which is believed to recall an incident at Cockfighter’s.

It reads “Jane was alone with the children and grabbing a large kitchen knife, ran screaming out of the house towards the local natives. Jane’s screams and her flowing red hair terrified the would-be attackers and they fled into the scrub.”

How close this is to truth of the actual incident we may never know.

For what-ever reason Jane soon started a relationship with Walter Rotton and in late July 1827 gave birth to a son named John Rotton.

Two week’s later the couple were married at Singleton’s, whether this was at Benjamin Singleton’s house or just his developing village is not clear. Ben was one of the witnesses.

At the time of the 1828 census, Jane was described as ‘freed by servitude’ while Walter was a ‘Ticket of Leave’ man.

In 1829 the Rotton’s moved to Maitland where Walter purchased the Woolpack Inn (opposite the Courthouse) and then built the Freemasons Arms in High St (now called the Queen’s Arms).

In the 1832 Maitland floods the Rottons, having taken refuge ‘upstairs’ were said to have shaken hands with the skipper of the ‘four oared’ boat Sophia Jane as she passed by at the level of the second floor.

With Walter involved in numerous other business activities Jane would have been very busy bringing up her family and no doubt putting in long hours in the hotels.

The pair had three further children but after a short illness she passed away on May 20, 1836 aged about 41.

Her death was reported in some influential papers and she is buried in Maitland. Walter returned to Patrick’s Plains where Mary Singleton looked after his younger children.

Thomas Parmenter died later that same year complaining that Walter Rotton was interfering with the financial arrangements he had in place for children he had with the late Mrs Rotton.

Jane Meredith was without doubt a remarkable and influential woman but unfortunately no portrait was painted (or if it was, has not survived), nor are any of her personal items known to be in existence.

If we are to believe 2009 story she had striking red hair and the author of the They Sent Me North article suggests that many of her descendants have inherited that gene.